History in a Box 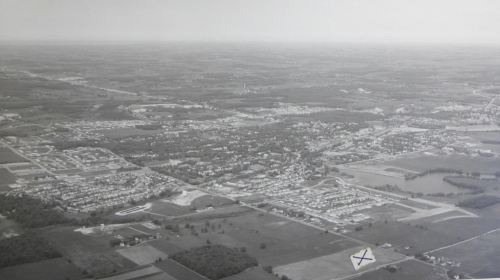 Normally history lessons come from the social studies department, not the main office. But administrative assistant Ruth Ruh had plenty to share when the office received an unexpected blast from the past.

A hidden time capsule was discovered two years ago when the old student lounge and bookkeeping areas were converted into the current main school office. Buried in the walls for over 40 years, the capsule was accidentally found by construction workers.  Its discovery went under the radar until this fall, when reporters for The Current learned that the box and its contents remained in the office of head principal Bill Greymont.

“There is no date on it for when it was supposed to be opened,” Ruh said, “but we were so excited and opened it anyways.”

The capsule is from 1970, the year that the twin high schools were built. Inside were objects from a world long gone: magazines, a yearbook, a map of West Bend, original class schedules and class descriptions, and even a classic ‘70s peace necklace.

The items show how the school, town, and life in general has changed over the years.

For example, a National Geographic magazine covers the “new” Apollo 11 mission. An original interior map of the school shows how, especially in the lower level, many of the areas were open-concept; the science areas were originally one large room. Also, the north wall, which created the courtyard in the middle of the building, had yet to be built.

“The courtyard out there used to be the smoking pit,” said Ruh.

One object really stuck out. There is a late ‘60s photograph of West Bend with an “x” placed where the schools would soon be built. The odd thing is that this “x” was in the middle of a farm.  (Click on the top photo to enlarge it.) 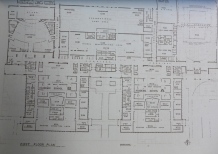 Having graduated from West Bend High School in 1969, Ruh was right there when the new, two schools were proposed and built.  “There was a lot of controversy because they were building it out in the middle of nowhere,” recalled Ruh. “People weren’t too happy about that.”

When it was apparent that the district would need a larger high school, the community decided to have two separate schools. Like most things, cost was an issue.

“Instead of building a high school on either ends of the city, they put them all on one property to save money,” Ruh said. What then developed is the unique, two-school system under one roof.

Ruh is pleased about how the current system gives many class options to the students.  “I think the opportunities that [students] have is just tremendous. When I look at all the courses, Civil Engineering, Spanish 5, all the AP courses, we did not have that then; we just had honors classes,” Ruh said.

But with East and West potentially combining next year, the history of the schools may dramatically change once again. Only time will tell.

(All images are objects from the time capsule.  Photos by Mike Smale, Current Staff.) 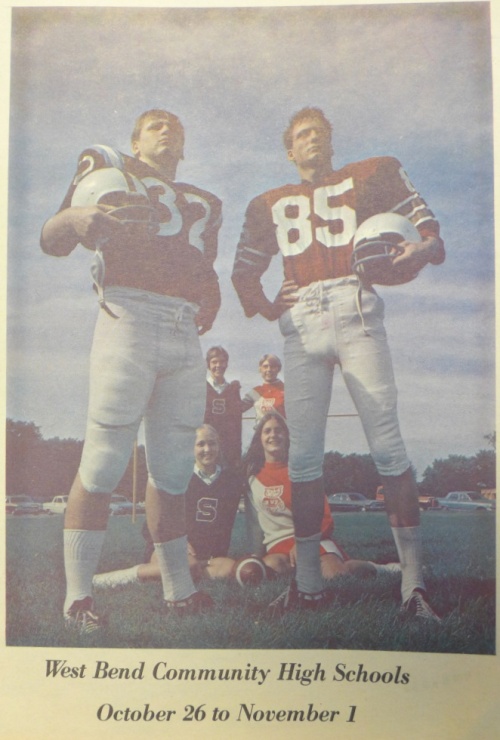 7 responses to “History in a Box”