The Australian “Glitch” Is “Lost” in the Mainframe 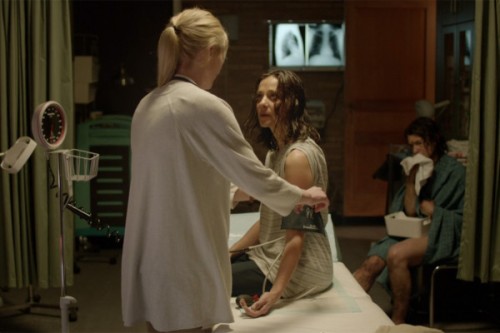 How do you convey the sensation of liking the initial premise of something, but hating the end result of that premise? That’s my dilemma with “Glitch.”

To elaborate, “Glitch” is an Australian series now on Netflix about six people who are resurrected from the dead. Each of these six people come from different time periods and different walks of life, but share one thing in common: they are obsolete. Simply put, the world moved on after they died and those that cared for them are either dead, senile or not the people they knew while they were alive.

To my knowledge, “Glitch” is one of the only series to treat resurrection itself as an antagonist. Being brought back from the dead causes far more harm than good for the six resurrected and mostly serves to confuse, strain or annoy those that are alive.

It’s a fascinating concept and the first episode, while having a slow pace, was solid…

…until it decided to chase the coattails of “Lost.”

The plot of “Glitch” is not its strong point. It’s frustratingly vague (which could have been written off if “Glitch” had just stuck to being a think piece) and isn’t really compelling. It feels like a courtesy plot, yet it’s the main focus by the end of the series.

Speaking of the the end of the series, it doesn’t really. “Glitch” “ends” on what I hesitate to call a cliffhanger. It just ends, with no real sense of closure, or a sequel hook for that matter. Did the producers run out of money? The series is only six episodes long.

That’s sadly it. I’d love to tell you about the series’ themes about obsolete-ism and the immortal barrier that will always haunt those that are brought back past their time, but outside of episode one, these themes are overshadowed by the whispery plot.

The only thing I have to say is that I wish I had more to say on this.