Rory Kurtz is an award-winning illustrator

By Jessica Steger, Editor in Chief

Kurtz, an illustrator who graduated from East in 1997, created the official movie poster for “Baby Driver.” He also produced the alternative key art for “I, Tonya,” another Oscar nominee. Kurtz creates art for many clients, including Mondo-Alamo Drafthouse and well-known publications such as the New Yorker and Rolling Stone.

Kurtz acquired a new client in 2016 which led to him creating the “Baby Driver” poster.

“An advertising agency in Los Angeles that specializes in film poster ‘key art,’ the term used for the primary marketing artwork for a film, reached out to me about a year before the film’s release and we started working on ideas together,” Kurtz said.

This project proved to be a large undertaking, taking a full eight months to complete.

“The process for creating the poster was much longer than my other assignments,” Kurtz said. “I needed to meet the demands of various art directors, producers, studio heads, and the film’s director. On top of that, I needed approvals from each of the film’s main stars depicted in the artwork.”

The cast of “Baby Driver” includes Ansel Elgort, Kevin Spacey, Jon Hamm and Jamie Foxx. Directed by Edgar Wright, the movie is about a young getaway driver caught up in a doomed heist.

While working on a poster for one Oscar-nominated movie is impressive, Kurtz has been involved in the production of two.

“I did alternative key art for ‘I, Tonya,’” Kurtz said. “That means the studio reached out and had me produce artwork that they could use for various purposes promoting the film, including; collector’s edition tickets, limited edition posters, alternate DVD packaging, etc.” 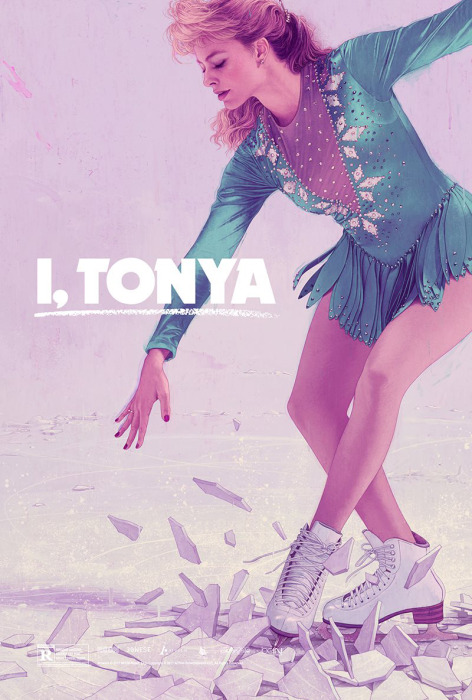 Kurtz has been able to obtain such large projects despite never obtaining a formal art degree or art institutional training. Apart from art classes in high school and college, he is self-taught.

Karen Wysocky, who retired in 2016 after 30 years as the WBHS choir and musical director, remembers when Kurtz was her student.

“He is an extremely talented artist,” Wysocky said. “I remember thinking to myself that he is going to be famous someday.”

Kurtz’s professional career started in Milwaukee about 10 years ago. At first he worked for local magazines and newspapers.

“Eventually I paired with an agent and began working for larger publications,” Kurtz said. “Over time the clients and assignments became bigger and more high profile.”

The Academy Awards will be held Sunday at the Dolby Theater in Los Angeles, with Jimmy Kimmel as the host. “Baby Driver” is nominated for best film editing, sound mixing and sound editing. “I, Tonya,” which stars Margot Robbie as Tonya Harding, is up for best actress (Robbie), supporting actress (Allison Janney), and film editing.

Kurtz will be rooting for the two movies.

“’Baby Driver’ has great style and excitement to it, and ‘I, Tonya’ is packed with incredible performances,” Kurtz said. “I hope they both take home some awards.”