Game Review: This is the Police II 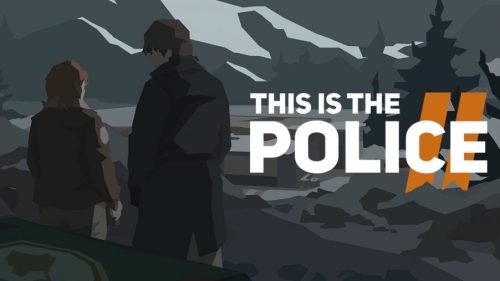 Stop me if you’ve heard this before: “An upstanding cast of police officers find out that there’s someone in the force who’s corrupt, but as they dig deeper into the case, they find that the corruption goes a lot further up the chain than they bargained for.”

It’s a common set up for the corruption arc in most police procedurals and it’s sort of the idea behind the original “This is the Police” video game, with the twist that you are the corruption in the top brass. The game is a trip down a less traveled molten tar road, but unfortunately, that road had more than its share of potholes. The gameplay grew far too repetitive for a 20-hour experience and the sluge-tastic story beats were far too few to break up the monotony. Regardless, there was still a good game in there. It was just a shame that “This is the Police” was unlikely to get another chance to shine due to mixed reviews…

Until now that is.

“This is the Police II” returns you to the shoes of Jack Boyd, a former obliterated minivan of a police chief turned backwoods fugitive, as he hides from the law in a suspicious cheap house in the small town of Sharpwood. Unfortunately for Jack, his days of paranoid cabin life come to an end when he gets caught up in a drug bust and the only way to keep the Feds off his tail is to get back in the saddle as the Sharpwood sheriff’s assistant. Jack has to battle crime, but more importantly, he must battle his bloodthirsty, lazy and generally deranged staff.

Sporting refined rotoscoping, a bag of smaller mechanics to keep the player on their toes and X-com reboot style combat missions to break up the normal gameplay, “This is the Police II” addresses the criticisms of the original game, but takes its sweet time getting to the action. An hour’s worth of cutscenes and cinematics sits between you and gameplay when you first start a new game. It’s all well done and sets up the tone for the rest of the story, but having to sit through so much before taking the reigns and then having a long stretch after that where almost no major story beats occur really makes you wish they had spaced out the world building a bit.

The sequel addresses the criticisms of the original game, but takes its sweet time getting to the action.

Once the gameplay gets going, though, the strengths of the game really start shining. Managing and dispatching cops against the seemingly endless hordes of Sharpwood’s criminals is a daunting but never uninteresting task. Each event and the responding cops’ skills must be weighed in order to apprehend the criminal (or you could just club them over the head with a baton and pepper spray them until their eyes melt). There is no room for silly things like due process in Sharpwood and since your cops are constantly making excuses and refusing to come into work, you soon find yourself looking for the optimal way to preserve manpower, no matter how illegal the means.

The eternal struggle of your morality and paycheck vs. your staff is broken up by raid missions, where you command a squad of up to six police officers to take out perps, defuse bombs and save hostages. They aren’t all that difficult, but the potential instant death of your officers and white-knuckle ambient music do add a thick layer of tension.

Speaking of the music, it’s great. The soundtrack is a mix of dire situational blues and campy ‘80s techno, alternating the vibe from small-town loathing to police brutality wave as the days go by. Some might say that level of inconsistency would take you out of the world, but the rollercoaster of the soundtrack mirrors the reality of the game world nicely. The feel-bad music makes the lows feel lower and the upbeat music really ups the gut-punch when you’re jamming out to it and are then greeted by a pop up that your choice to shoot out a crook’s tires went really, really badly.

Despite all of the game’s strong points, it is a bit hard to recommend. Even after the game gets going, it does still drag in a few places and the game’s interface could do with some fine-tuning and additional tips. However, as of this writing, the game is sitting at $15 on Steam and during the annual Steam Halloween sale, will likely drop far below that. If what you saw here interests you enough to buy “This is the Police II,” wonderful, but if the price is a sticking point for a product that does have a few issues here and there, I’d strongly suggest keeping the game in the back of your mind until October rolls around. “This is the Police II” is certainly a unique experience, but it is not an “every cent of the dollar” masterpiece.

Tagged as Robert Pulford, This is the Police II, video games