A Healthy Helping of Morals 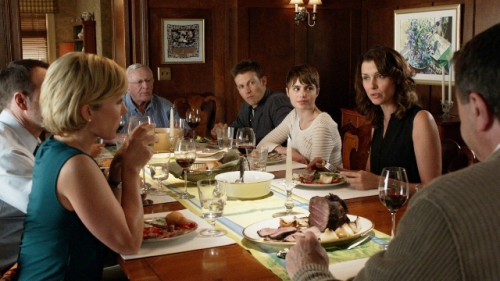 If you are an avid viewer of American TV such as myself, you are probably all too familiar with the unspoken “Moral Code” that infests a lot of scripts. This “Moral Code” is  basically that 50’s-era, American Dream shtick. (You can be whatever you want to be and have any love interest you desire! Just work feverishly and be a good person and all that rubbish like realism or other people’s lives won’t apply to your personal dream, no matter how impossibly unrealistic!)

As you can see, I don’t view this positively. But that brings me to Blue Bloods, an American police drama that gets morality right.

Now, I will be the first to say that back in the earlier seasons, the show loved its ham-fisted morality, but as Blue Bloods has evolved over the years, it’s really become quite something.

Blue Bloods centers around the lives of the Reagan family (a highly honored name in the police world) and their day-to-day lives as a (NYPD) blue-blooded family. The typical episode has three mini-stories that take place across various positions of the police chain of command (specifically the street level, the detective level and the commissioner level). All of this is usually broken up or ended with the Reagans gathering at Tom Selleck’s… I mean, Frank Reagan’s house for Sunday dinner.

Unsurprisingly, Sunday dinner is where a lot of the moral quandaries lie. A bit of back and forth here and a little comic relief there and right back to the story. While the Sunday dinner scenes are short, they’re always a welcome sight.

In those scenes, we’re give complex topics, blurry lines, genuinely gray real- life subjects, but most importantly, we aren’t given completely black-and-white, one-sided moral scenarios. The show even plays with your expectations on occasion and has certain sections where one would expect the “good” thing to happen, only for Blue Bloods to change it up at the last second and end the episode on a different (but not necessarily bad) turn.

However, this isn’t to say that Blue Bloods is a paragon of morality or that every episode is going to leave you with a sense of “What a twist!” The episode to episode plots can get a bit formulaic and you pretty much know from the get-go that the criminals are gonna get what’s comin to ’em.

Regardless, Blue Bloods is still an excellent piece of American writing, a stellar police drama and most recently, a fine example of morality portrayed right (all wrapped up with a family dinner). It’s definitely worth the ungodly amount of CBS commercials you’ll have to endure to watch the current season.