A Bittersweet End to the Wisconsin Little Ten

The eight Wisconsin Little Ten conference teams are being sent their separate ways.

When the current spring athletic season ends, the WLT will dissolve due to conference realignments by the Wisconsin Interscholastic Athletic Association in order to improve competition throughout the state. Both West Bend East and West High Schools will join the North Shore Conference.

Hartford and Slinger will also move from the Little Ten to the North Shore. Other teams in the conference will include Whitefish Bay, Port Washington, Cedarburg, Grafton, Homestead and Nicolet.

The Wisconsin Little Ten Conference was first established in 1975 and has only encountered a few minor realignments since its conception, making it the longest standing conference affiliation in the state. With the conference existing for over 40 years, many long-term coaches are sad to see it go. 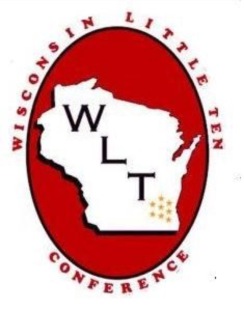 “I have coached in the Wisconsin Little Ten for 26 years, and I have had great memories,” said Brian Heimark, the athletic director at West High School.

“I was a former Wisconsin Little Ten athlete at Hartford High School, and was also the AD at Watertown for eight years, so it is bittersweet to see the WLTC dissolve,” said Michael Daniels, the athletic director at Slinger High School. “It is rich in history, being one of the oldest conferences in the state of Wisconsin.”

The reasoning behind the change comes from numerous places. Any school in the WIAA has the ability to request relief from their current conference for better competition match-ups and more convenient transportation. Due to numerous teams making requests in recent years, the WIAA set the realignment in motion in an attempt to give each school a conference that fits them best.

West Bend coaches believe that the new competition posed by the North Shore conference will be a challenging adjustment.

“We were in a very competitive conference and it certainly isn’t going to get any easier,” said Scott Mindel, a long-term football and track coach for East High School.

However, the North Shore Conference will not be entirely new to West Bend. Since the WLT does not have summer baseball, both East and West baseball teams have already been part of the North Shore for 31 years. Each team has won eight North Shore championships since 1986.

Coach Bill Albrecht, who guided West baseball to conference championships the last two seasons, has firsthand knowledge of the level of competition in the North Shore.

“There are some really talented teams in the North Shore Conference, so our programs need to be ready for a high level of competition when joining the new conference,” Albrecht said.

The other schools in the Little Ten are to be spread to numerous other conferences from the area. Beaver Dam and Watertown are joining the Badger Conference, Wisconsin Lutheran is joining the Woodland Conference, and Oconomowoc will join the Classic 8.

However, West Bend coaches are not overly concerned about losing any major rivalries.

“I think actually us playing summer baseball in the North Shore will further intensify some rivalries that have started in baseball and now will continue to other sports,” Mindel said.

“We were in a very competitive conference and it certainly isn’t going to get any easier.”
– Scott Mindel, East social studies teacher

In addition, travel distance will overall be greatly reduced for West Bend teams in comparison to the long drives that came competing against teams like Watertown and Oconomowoc.

Even so, the Little Ten will be greatly missed by coaches and athletic officials from all across the conference.

“My fondest memory as an athlete was winning two consecutive WLTC football titles in 1991 and 1992,” Daniels said. “As an AD, I have truly enjoyed watching our Slinger wrestling team go out on top in the last season in the WLT.”

“We have developed great rivalries within the current conference in many sports,” said Jamie Koepp, Watertown’s athletic director. “There have been multiple generations that have enjoyed the many years as participants, parents, students, and fans in the community.”

Jeff Sitz, who became the athletic director at Wisconsin Lutheran High School in 1985, also has lots of great memories and stories.

“I have been in the conference for 32 years,” Sitz said. “My memories of the WLT center around the people. Nellie Nelson in West Bend, Dave Sauer, Jim O’Leary and Scott Raduka in Oconomowoc, Chuck Basting at Hartford… the AD’s of the Little Ten have always been invested in what was best for the student-athletes of all of our schools, not what was best for their individual schools, and that was a blessing for all our students. I am certainly going to miss the Little Ten.” 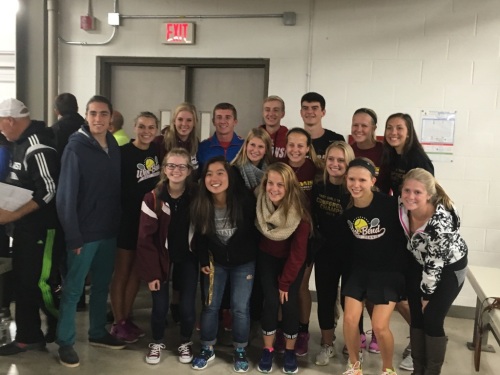