World War 2 is, if unintentionally, the perfect time period for war games.

Combine the full use mechanized warfare with clearly defined heroes and villains, with enough real scenarios to put them in to fit just about any genre you can think of and you get a winning formula that anyone can understand and that any studio can produce. So why is it then that the term “World War 2 game” is almost synonymous with “Eternal D-day Nazi shooter.” These games certainly have their place on the market, but they only show a miniscule, often skewed perspective. It’s a flaw in the system to be sure, but it’s also what makes “Hearts of Iron IV” and its newest expansion, “Waking the Tiger,” so interesting.

You see, “Hearts of Iron IV” puts you in the role of a ruler of a nation in either 1937 or 1940 and you are tasked with preparing your country to fight in the coming war. The game sets a pretty high bar for those who want to get into it, but learning to do so offers a unique perspective on the war, which is only enhanced by the new expansion.

For instance, let’s say you pick China, the nation with the largest manpower pool in the game. Sure, you have millions of soldiers to recruit from without having to up conscription laws, but you’ll quickly find that regional instability and the inability to produce enough war equipment will be a worse foe. However, manpower is manpower… 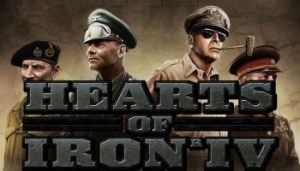 “Hearts of Iron IV” requires the player to look at the nation not as a state that has civil functions, but as a means for waging and mounting defensive wars. Everything is geared toward running an effective military machine and anything that gets in the way of that is an obstacle to be overcome through political power or increased world tension.

It paints a grim picture of what it was like in the time before and during the war, but it also paints a full picture. Someone could pick up the full version of “Hearts of Iron IV” and play as any major (or minor) nation, learn some of its history though helpful tool tips and effectively role play as the leader at the time. It’s truly a fascinating game for both the historian and strategic thinker alike.

Sadly, there are some issues with the game. It is by no means a high-budget production and does suffer from the occasional odd bug or questionable design choice. The game also has alternative history paths which can lead to some very odd, but by no means less interesting, events.

The “Waking the Tiger” expansion, released March 8, focuses on the Second Sino-Japanese War prior to World War 2. Overall, there has never been a better time to pick up the game.