The leader of the West Bend High Schools multicultural club was in disbelief when she saw what had been done.

To advertise their second annual Black History Month Celebration, the multicultural club created a display of positive and uplifting quotes that is hanging on a bulletin board near the auditorium. The display was vandalized after only being posted for three days.

The free event is open to the public and will feature Teju the Storyteller and performances from all members of the club, starting at 6:30 p.m. Thursday in the Silver Lining Arts Center.

Per the request of Barseana Simond, the club’s adviser, the vandalized bulletin board will not be remade or covered prior to the event.

“I want people to see,” Simond said. “A lot of people think this doesn’t go on anymore, that this doesn’t exist anymore. Well, somewhere within the span of three days someone vandalized this. If they are visually seeing what happened to a board of positivity then a lot of times people can understand better.”

West junior Jada Williams, a member of the multicultural club, agrees with Simond’s decision to leave the vandalism up.

“I support this decision to shed light on the high schools’ ugliness,” Williams said. “I think it is important to show the immaturity and racism that the students of color see. I think it shows that we won’t be hurt by these acts. We are stronger and have more important things to worry about than childish high schoolers.”

Although administration blacked out some obscenities, West assistant principal Patrick O’Connor did not contradict Simond’s wish to leave the bulletin board hanging because he believes that this can teach students a valuable lesson.

“(Simond) said that she was going to incorporate it into the Black History Month Celebration program,” O’Connor said. “I think it is a fantastic way to educate. I’m excited to see how she addresses it in the program and see what the message she conveys will be.”

The vandalism on the bulletin board is mostly contrarian language, without any racial slurs. Despite this, Simond stands firm in her belief that racism does in fact still exist at WBHS.

“Some people may view (this vandalism) as small, as nothing major, but everything starts off from something small and it just continues to grow,” Simond said. “A poster about positivity? It should not offend anyone. If anything, it should enlighten people.”

The vandalized bulletin board is in one of the few locations where security cameras cannot get accurate footage, making it next to impossible to determine who is to blame for the vandalism. O’Connor hopes that students will come forward if they have any information about who is at fault.

“I’m hopeful that somebody who saw something will say something because it is their school, too,” O’Connor said. “We are using all of our resources to try to find out who did it to ensure that they don’t do it again and to take the appropriate actions necessary against vandalism.” 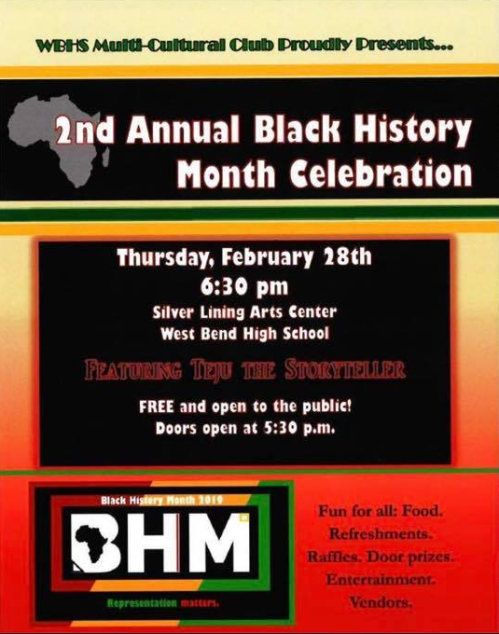