Two Helping Hands and a Microphone

To draw in more interest, DJay Mando was hired for the culminating Charity Dance, which for the first time will be held with five area schools, including Kewaskum, Slinger, Hartford, West Bend East and West Bend West.

The leaders of the United Way project coordinated this event involving many schools with the goal of raising more money for United Way. The dance will be held from 7-11 p.m. March 7 at the Washington County Fair Park.

“This is a big time DJ as opposed to what we normally have,” said Skip Clark, an advisor of the West Bend Student Council and an East science teacher.

DJay Mando is based out of Milwaukee and has opened for many famous acts, rising in popularity after his presence at Summerfest. 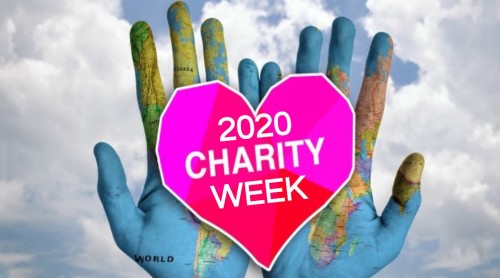 While the same local DJs have been used for recent dances, this year an idea was presented to the leaders of the student government: bring in a popular DJ that would appeal to students across Washington County.

“What we would like to do with this dance is that we’d like to make this a yearly event, and what a way to kick it off, to be a part of a tradition,” Clark said. “This would be our first annual all-county dance.”

The combined dance, coupled with a renowned DJ, introduces a new direction for the future of the Charity Dance at WBHS.

“We’ve been doing Charity Week since the early 2000s,” Clark said. “We wanted to be the leader, and as our ultimate goal, we would love to have our tickets sold out.”

This year’s senior class also has the opportunity to make history by setting a new record for the amount of money raised during Charity Week, donating to causes such as United Way, NAMI, St. Jude’s, All Abilities Playground, Friends Inc. and Camp Hometown Heroes.

One response to “Two Helping Hands and a Microphone”