Italy Trip Postponed Until Next Year 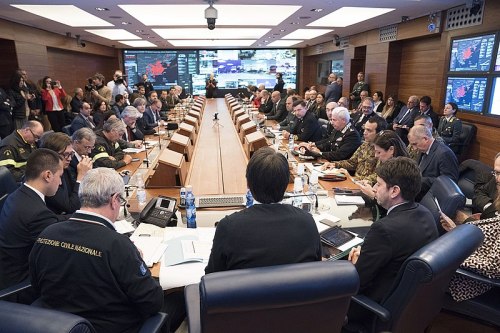 Global illness concern has forced the West Bend High Schools band to reconsider their own safety.

Even before today’s announcement that the West Bend School District will close for the next four weeks due to the outbreak of the COVID-19 virus, the WBHS band had postponed their spring break tour of Italy. Since the trip will now take place during the spring break of 2021, current seniors will not be able to attend and are being issued full refunds.

Band teacher Leah Duckert-Kroll acknowledges the feelings of disappointment that seniors are currently experiencing in the wake of the postponement news, describing the past few weeks of attempted rescheduling as being incredibly stressful.

“We’ve worked to find solutions that kept becoming dead ends,” Duckert-Kroll said. “There is still stress because I care about my students and their families and know they’re disappointed, except my hands are tied and there is literally nothing that I can do. My heart goes out to [seniors], we really tried hard for them.”

In an email to travelers and their families, Duckert-Kroll addressed the efforts that the music department took to try to allow them to travel before graduation.

“As always, thank you for your patience as we’ve worked through Plan B, C, D, E, F and more,” Duckert-Kroll wrote. “I continue to be grateful for your support, patience, kindness, trust, and allowing me the honor of working and traveling with your children.”

Though saddened by the cancellation, East senior Caitlin Marsch believes that the band made the right decision in choosing to delay the trip.

“Mrs. Duckert did talk to all the seniors to say that they tried everything they could and I really appreciate them working as hard as they could to get us to travel,” Marsch said. “I think they made the right decision by talking about it when they did and not waiting until the last minute. Italy is basically shut down, I’m glad they talked about it when they first saw it getting bad.” 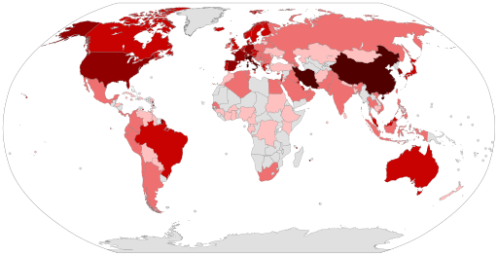 Current sophomores and juniors are still able to go to Italy in a year, but West junior Megan Landvatter is still feeling the let down of postponement. She says that she cannot help but feel that the practice specifically for this trip is now wasted time.

“We practiced a lot for it,” Landvatter said. “I’m a section leader of the clarinets so I made sure that my entire section knew the Italian national march and we spent countless rehearsals and sectionals practicing it. That’s kind of a waste of time now that we aren’t performing.”

Marsch says that cancellation was only a distant thought when first seeing the coronavirus had moved from Asia to Europe and that the shock of this experience will likely be humorous one day.

The Italy trip cancellation was only the beginning of a series of other district wide changes. In recent days, the district cancelled or limited events expecting a large crowd, including music concerts, sporting events and tournaments for after school clubs.

Today Gov. Tony Evers ordered the closure of all K-12 schools, public and private, until April 6. In West Bend, Superintendent Don Kirkegaard informed families that all district schools would be closed through spring break. Classes are tentatively scheduled to resume April 14.