What are your thoughts about public
displays of affection in the hallways?

“I think that students do not need to show affection in school.  It is disturbing to look at.  It begs the question, how do you feel sitting in class with a teacher who just watched you perform a tonsillectomy on your significant other five minutes ago in the hallway?”
Allison Craighead, East senior

“PDA should be acceptable, but people definitely take it too far.  Hand-holding is cute, but if you’d feel awkward seeing your parents do it, you probably shouldn’t be doing it.  Keep it classy, West Bend!”
Meghan Walters, West senior

“I think that PDA is really more for the show of it.  It’s like high school couples trying to prove how mature their relationships are, but it is really proving just the opposite.  If you were in a serious relationship, why not hang out outside of school and spare everybody the awkwardness of seeing a makeout session?”
Maggie Moran, East junior 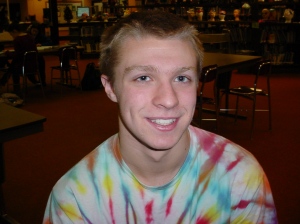 “PDA can be kind of annoying.  I see kids always soul-gazing, and it seems pointless.  You’ll see your girlfriend next hour, and the next and the next.  Otherwise it’s not that big of a deal. I would probably be for PDA if I had a girlfriend.”
Mike Smale, East junior

“I think there is too much of it when people are making out for like two minutes, but I can understand when you just kiss.  Teachers can’t really do anything, because kids won’t listen.”
Matt Elsinger, West sophomore 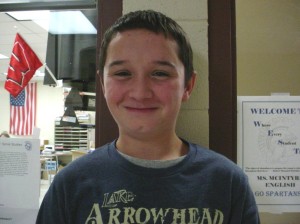 “PDA in the halls is kind of rude.  Some people are socially awkward and like their space.  I believe teachers should keep watch and limit the PDA in the halls.”
Austin Gripentrog, West freshman