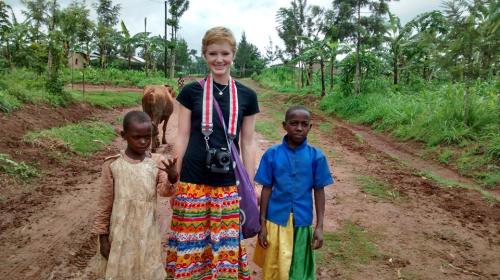 For most teenagers, taking a trip means heading to the mall, but for East senior Maggie Moran, it means going to Rwanda.

Moran accompanied her parents on a staff retreat for World Relief, an organization dedicated to helping impoverished countries such as Rwanda and the Democratic Republic of Congo. Moran’s father, Mike Moran, was asked to be one of the speakers at the conference. Over the course of the journey, which lasted November 10-17, Maggie experienced first-hand what it is like to live in what society likes to call a “low standard” of living, but at the same time she was able to serve the people who live that way every day of their lives.

Moran and her mother sat in on the conference teachings and also walked around the village and took pictures to raise awareness about the state Rwanda is currently in. 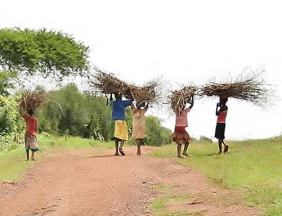 “We walked into the village outside of the conference, and there were ten-year-old girls carrying bundles of firewood on their heads,” Moran said.

The girls were collecting huge amounts of sticks for firewood when they should have been going to school. Moran said the process they went through to pick up the sticks and continue to walk was a very strenuous task. They were putting their families’ needs above their own, and that was touching for Moran.

“There was no protection, so it was just really sad,” Moran said.

Another thing that impacted Moran is that one of the only phrases the children of Africa knew to say in English was “Give me your money.” Moran said it was hard to know that one of the first things children learn to do is beg for money to provide for their families.

One thing that wasn’t shocking for Moran was the high poverty rate in Rwanda. The thing that did surprise her was how vocal the children were. She described when she looked at pictures before she left, the kids seemed shy and unhappy, but that’s not the case at all. Moran made it clear that poverty is all the children have ever known, so they have adjusted to their surroundings and make the most of what they have. The children were also very intrigued when the Morans would come into town. Moran said the kids would just come up to them and ask them for money, along with other things, but they were far from shy.

Moran also met the other staff members involved in World Relief and learned about what they were doing to serve other poor countries of the world.

Moran described her parents’ attitudes about her going to Africa as excited. “They weren’t really worried at all,” Moran said.

Her mom told her it was a great way to broaden her horizons when it came to knowing what other parts of the world are going through. “I think that they were more worried that I would be emotionally scarred by what I saw, but I was prepared for it,” Moran said.

Moran also said that the people in Rwanda are very giving, and that she loves their attitudes toward living. Once she has completed college, Moran plans on going back to Africa to help the people there. 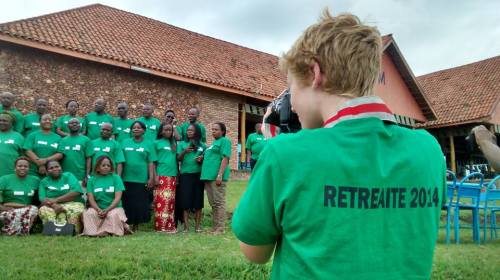 4 responses to “Moran Traveled to Africa”