A Path for Political Discussions in the Classroom at West Bend 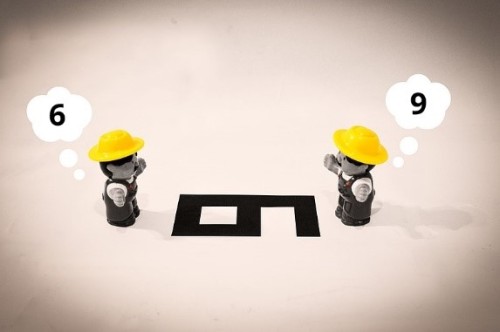 LETTER TO THE EDITOR

According to definitions in “The Political Classroom,” West Bend is a politically diverse community [1] (Hess, Mcavoy, 2014). What that means is there are different points of view of sufficient magnitude from the community and parents to detect political bias in schools and the political power to stop it. As you can imagine, “Like minded schools” had no trouble implementing politics in the classroom as only one point of view was allowed, and parents who do see bias do not have the political power to allow different points of view. So, the nice thing with being in a politically diverse community is multiple points of view are available, the challenging part is dealing with political bias.

The term social justice was originated by Luigi Taparelli, a Catholic philosopher. The idea is basically all people have dignity, and that care of people should be made at the smallest level possible (subsidiarity). If we understand the “bias trigger” we can understand why the first sentence of this paragraph can lead to emotional reasoning such as angry emails from parents and labeling others who use the term because for some people, any reference to religion in a public school hits the “bias trigger” and emotional reasoning takes over. The emotional reasoning goes like this: social justice is religious and anything religious is harmful in a public school, therefore social justice is harmful, and we must not let students be exposed to harm. Is this rational? Does a point of view about human dignity and subsidiarity from a Catholic philosopher harm? For some parents and students, it really does because the “bias trigger” is activated and psychological harm is felt.

So how do we get past this knee-jerk, bias-trigger harm response of not only parents but ourselves? Parents must be included versus excluded because they have best interests of students in mind and have a “veto” power of what goes on in the classroom. So as a first step ask your parent what “Politics in the Classroom” means to them and if there is a “bias trigger” ask them why they feel it will harm you. Get past the “bias trigger” and identify what the perceived harm is.

There is an entertaining and informative lecture by a professor and viewpoint diversity advocate to high school students at the William F. Buckley, Jr. Program at Yale University. In it there are two schools of thought on how a student can process the harm (political bias) when presented with different points of view. Here is a link to the lecture.

Do your parents think you can process political bias with strength and emerge not only unharmed, but stronger? Can they? If so, there is a real path for political discussions in the classroom at West Bend.

[1] As defined by Hess, Mcavoy, (2014). The Political Classroom. New York, NY: Routledge. A community is diverse if less than 80% of the community voted for the same political party.

Tagged as Jeff Camlin, Letter to the Editor, politics