Make Every Day This Summer Count

The school year is winding down, and kids in school are eager to have summer vacation. What are you doing? Going to visit family in a different state? Taking a road trip with friends? Going on a cruise or vacationing at a tropical destination? What are you going to do with yourself for thee months off of school? There are plenty of things to do, but so little time, right? I suggest getting a part time job and make some money; save it for college and maybe spend a little of it on yourself. I would also recommend doing something that you enjoy, but I also say: go volunteer! END_OF_DOCUMENT_TOKEN_TO_BE_REPLACED 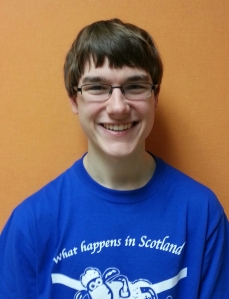 Declamation (not in all leagues & for 9th-10th graders)

We asked our Forensics Superstar Nathan Holcomb to tell us a bit about his experiences in his 4 years of being on the team. END_OF_DOCUMENT_TOKEN_TO_BE_REPLACED

The American Country Music Awards were held on April 7th 2013 in Las Vegas at the MGM Grand Hotel. This year they had another building for the overflow of all the fans that wanted to be a part of the action but didn’t have tickets. This extra venue was only a couple blocks away and many artists stopped there to perform for the fans. In between the acts, the audience watched the awards show which had a lot of great performances from: The Band Perry, Kenny Chesney, Blake Shelton, Carrie Underwood, Miranda Lambert, and many others to fill the space reserved for three hours on TV. END_OF_DOCUMENT_TOKEN_TO_BE_REPLACED

By Jenise Fehring
I had the opportunity to interview Hayley on her life in bowling. She is a senior at East High School. Her and the West Bend East Girls Bowling Team went to state on March 2nd, 2013.

Q1: How long have you been Bowling?
I have been bowling since I was six years old.
Q2: How many times have you qualified for state?
As a team this was the first time a girls team from West Bend has gone. I qualified, sophomore and freshman year individually. END_OF_DOCUMENT_TOKEN_TO_BE_REPLACED

East hosted West in basketball Friday night. It felt like another homecoming because of the great rivalry we have for our schools in sports. Both East and West had a lot of exited students cheering their teams on to victory, but only one of them can win. When we normally play against each other it is usually neck and neck. This time, East lead in points all thoughout the game, while West tried to hang on.

It seems we both have great teams; we have so much talent on both sides.  So while West may have lost this round, there will always be the next rematch on February 12th at 7:30pm in the Field House. I hope to see you there, and I wish all the seniors on both teams good luck to their future, whether they go on further with basketball or not.

Learn all about it in the video below!

Have you ever learned something through a song?  Well Ms. Noonan, a West Bend East science teacher, teaches her students the “Cell Song” to the tune of “Under the Bridge” by the Red Hot Chili Peppers.  I had Ms. Noonan for Biology my sophomore year here at East, and I still can remember our class learning and playing the instruments to help us learn.  She is nice enough to bring in her son’s toy instruments so that her students can use them to perform and get extra credit.  Yes, I did say extra credit!  She gives you points to sing and perform this in front of the class!

This year one of her students took it to the extreme and composed his own song to fit the lyrics of the “Cell Song”.  Then, three students performed the song in front of the class.  It was nice to hear a different ensemble of music for this song that helps kids learn about cells.  Also, it is nice that other students are getting involved in their classrooms.

Here you can see the students perform their song!

I had the opportunity to interview Gina Gambucci on her life in tennis! She has qualified for State in singles! She is a senior at East High School and also plays soccer.

Q1: How long have you played Tennis?

Since I was three years old.
Q2:  How many times have you qualified for state?

Twice. Last year and this year.  I went to sectionals three years though.

Q3: How did you take the news that you made it that far?

I was obviously really excited and really proud that all my hard work paid off.

Q4: What is your favorite thing about tennis?

The competitiveness. There is nothing better than being down in a match and fighting back. Even if you lose, you know you didn’t go down without a fight.

Q5: How do you think your season went on a personal level and as a team level?

Personally I am happy with my season. I wish I could’ve put on more of a show at State but there’s nothing I can do about it now.

I am so proud of my team. Last year as a team we won one meet and this year I think we won four or more. We have a lot of good freshman coming next year so, I’m excited to read about how well they are going to do.

Q6: Who were your biggest rivals, besides the East vs. West competition?

Personally? My other biggest rival was probably from Menomonee Falls. Just because she’s really good and I knew it would be a good match.

As a team I’d say Oconomowoc, Slinger, and Hartford

Q7: Why do you like this sport so much?

Because everyone in my family has played forever. It’s hard not to like it. Plus with my dad owns Pleasant Valley Tennis Club I’ve been exposed to it forever. And I’ve put so much time and effort into it if I didn’t like it would all be a waste.

Q8: Who was your biggest encouragement?

My dad for sure. He knows everything there is to know about tennis. We get frustrated with each other a lot but he has never given up on me.

Q9: Who do you look up to for tennis?  Any celebrity player?  Why?

I like watching professional tennis but I can’t say I look up to them. I know I’m not going to be a pro. I look up to my dad and my brother. The things they have done are realistic to me and within reach so I strive to work towards that rather than an unrealistic dream.

Q10: Did you do any rituals to get “pumped up” for your matches?

No, not really.  I knew if I played to my highest potential that I could hang in there with anybody.

Q11: What is the best advice ever given to you for tennis?

There is no time limit for a reason. Regardless of how much your losing by you have all the time in the world to fight back.

Q12:  What are some down sides to this sport?

It’s all mental. It’s really easy to beat yourself up about because nobody is out there to pick you back up. Plus it’s really easy for the other person to get into your head. Not to mention how physically exhausting the sport is.

Q13: What is your most memorable moment you have had thought this sport?

State last year and winning first round and seeing how proud my team and everyone was of me.

Q14: Will you continue to play tennis in college?  If so, where would you like to play?

I’m not going to play for a university. If I play it will be on the club team, which is still competitive, but not as much of a time commitment. If I do that I will play at Madison or Minnesota.

Q15: What will you miss about your high school tennis career most?

Q16: If you had the chance would you do it all over again? Why or why not? If so, what would you change?

No. I am satisfied with everything I did. I don’t think I wouldn’t change anything. Maybe a couple matches but that’s not what matters in the long run.

Q17:  What would you say to your classmates, future tennis players, all your coaches, and everyone that has had team spirit and has helped you along the way?

I would say, thanks for everything and that they were a part if my success just as much as I was. And that I can’t wait to see all the amazing things my future team will be able to do.

I had the opportunity to interview Mr. Butters on his new job as a district substitute. He has been teaching Human Anatomy and Physiology as well as Biology classes for the past seven weeks!

Q1: Why did you get into teaching?

My family has teachers in it, and I like coaching.

Every day there is something new.

Q3: How do you like teaching in West Bend?

Awesome! The people here are very helpful, and the kids are fun!

Q4: What will you miss about our Human Anatomy and Physiology class the most?

Getting made fun of everyday in class, also, it’s very easy going and relaxed, they weren’t too serious.

Q5: Will you come back and substitute for us?

Q6: Why are you so obsessed with the Green Bay Packers?

Because John Kuhn is the coolest person.

Q7: Who is your favorite Packer player?

John Kuhn! He is amazing and a really cool person.

I met him and he was cool.

Q8: Who were some of your role models?

I had good high school teachers. My mom was a teacher, and I mostly looked up to a lot of teachers.

Q9:  What is your most memorable moment of teaching?

Doing the Sprite and Banana challenge in front of 7th hour!

As you can see, Mr. Butters really enjoyed teaching us! He is a great teacher, and I hope to have him for more classes in the upcoming year! We will miss you Mr. Butters!

Wow, what a Homecoming Week!  There was lots to do and see, including the pep rally.  A pep rally is an event we use to get ready for the Homecoming game and build school spirit!  We recognized the Fall sports teams and their coaches, as we do each year.  This year, someone won a prize for being excellent; it was part of the new Compass Card Program here at West Bend.  We also got to hear and see some of the band members play a musical selection, and watch the WBE Girls’ Dance team perform their routine, which was pretty neat.  Oh, and let’s not forget, the Senior football players with their starting up chants and clapping!

We had so much fun during the beginning of the presentation, we did not have time for a few things such as: Tug-of-War, a pie eating contest, the Limbo, and the football players doing their dance.

Overall, we had a great pep rally to start off the GREAT WEEKEND!!