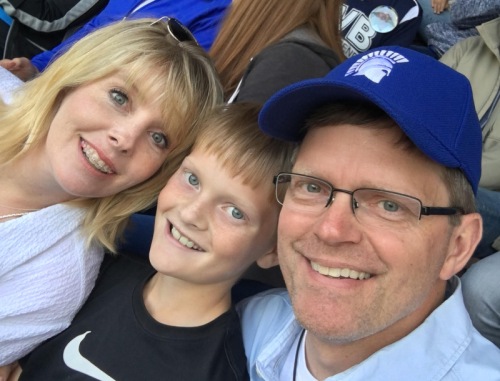 Like many other West Bend dads, Erik Olson took some pictures, socialized with other parents, and then walked his two youngest kids to school for their first day. Then, he went to work as the new superintendent of the West Bend School District.

After leaving his kids at McLane Elementary, Olson spent the rest of the day driving around to all the different schools to see hundreds of other children experience their first day of school.

Olson’s first day, though, occurred long before the children went back to school. He officially began working on July 1.

In August, Olson moved from Sun Prairie and has been adjusting to life in West Bend since then. Olson has already embraced many of West Bend’s attractions, having explored Germanfest, Regner Park, and Music on Main. Friday nights have also been reserved for high school football games with his family.

From the career standpoint for Olson, another part of the allure of West Bend was that the values of the educational system aligned with his own. 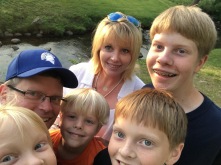 “From the custodian to the food service worker to the technician, everybody [has] a strong desire to make sure that all the children are doing well, which, to the core, is why I exist,” Olson said in an interview with The Current. “I have a passion for continuous improvement, and this district has a focus on continuous improvement, and so that, in conjunction with the community and where I would want to move my family, which is a critical piece, [is why] I chose to live here.”

Currently, Olson is working to create an effective plan so that students can continue to succeed. Using the phrase “Seek First to Understand” as a guide, Olson has listened to feedback from school board members, staff, and parents in order to construct the district’s goals for future improvements.

Prior to working in West Bend, Olson was the associate principal at Greenfield Middle School from 2005 to 2008. He then served as the principal at Bay-Lane Middle School for five years before becoming the assistant superintendent for the Sun Prairie Area School District in 2013.

In West Bend, he replaces Ted Neitzke, who left to be Chief Education Officer at CESA 6.

As the district superintendent, every decision Olson makes directly impacts the students. He makes decisions about the budget, student safety, and whether to cancel school during a snowstorm.

With this last responsibility, Olson will be receiving help from none other than his children, who have already pressured Olson about giving them snow days.

Olson has had to juggle the myriad obligations of being a parent and the superintendent. He has learned that when there is a good balance between his family and his job, he becomes a more effective leader in both of those areas. Overall, Olson said that the transition to West Bend has been smooth.