Why Wasn’t 9/11 Memorialized This Year? 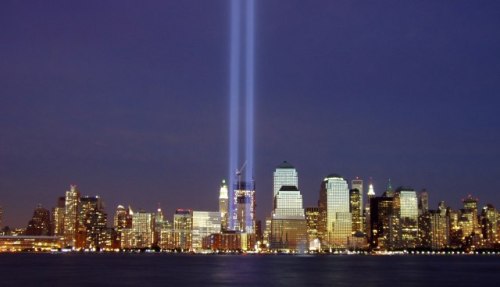 September 11, 2018 seemed just like any other day for students at West Bend High Schools.

Many students and teachers were surprised when 9/11 was not given a schoolwide memorial last Tuesday. In previous years, an announcement was read over the PA system or articles retelling the devastating story were handed out to students.

East junior Kable Plaskey says that it was wrong for WBHS to disregard 9/11 this year.

“I learned at school that a day 3,000 people were killed would rather be ignored than talked about,” Plaskey said. “Not a moment of silence. Not even a self-aware announcement on the PA. It seems like they want it to be forgotten.”

Beth Kastner, an East Spanish teacher, believes that there is a certain responsibility for the American people to carry on the legacy of 9/11 in a respectful way. Like many other students in the building, she was shocked and saddened when there were no announcements about the tragedy made in the morning or during resource period.

“I think it’s just communication,” Kastner said. “It is our job as people who live through it to tell the stories and that’s difficult for the victims of that. Fortunately we don’t have bad things happening, but is that what has to happen in order to respect other people’s situations and environments?”

Administration had originally planned on having West science teacher Paul DeLain read a prepared speech about 9/11 over the announcements that morning. DeLain, who is also a volunteer with the Germantown Fire Department, was not able to be at school to make the announcement, however.

DeLain was dismayed when the plan fell through and the office took minimal action to find a replacement due to a lack of time.

“I think I became a firefighter because of 9/11,” DeLain said. “I won’t forget, I’ll never forget. Everybody should say something. It should be an honor for whoever does it. I think that our obligation as a public school system is to reflect and think about and remember events like 9/11. That’s just what is part of being an American citizen.”

Both West principal Ralph Schlass and East principal Darci VanAdestine agree that the terrorist attack is something that needs to be respected and discussed. However, they believe that a schoolwide remembrance is no longer necessary and that the most appropriate way to handle the subject is in a social studies classroom. The curriculum for U.S. history and global studies both contain units regarding terrorism and global relations, which ultimately discuss the terror attack in 2001.

“If it’s taught in the classes the teacher can talk about the context of it,” VanAdestine said.

According to Schlass, 9/11 is an event that should absolutely be discussed in the social studies classroom, whether it be on that day or for a unit lesson.

“It was the single largest act of terrorism ever on American soil,” Schlass said. “How do you not, as a social studies teacher, acknowledge that?”

Changing demographics was another reason given by administration for why an announcement didn’t need to be made. Many students at WBHS were not born yet on the day of the attacks. If they were, they would have been too young to remember.

“As time has passed, the memories and people’s visceral reaction is not the same as it once was,” Schlass said. “For years, we did have some commemoration or some acknowledgment of 9/11 on that date, because it still had an [emotional] effect on students because they lived through it. As time has gone on, fewer and fewer students have lived through that experience.”

Plumes of smoke billow from the World Trade Center towers in Lower Manhattan, New York City, after a Boeing 767 hits each tower during the September 11 attacks. Photo by Michael Foran, courtesy of Wikimedia Commons.

Kevin Watter, a West Bend resident who actively served in the Marines as a corporal from 1990 to 1994, says 9/11 will never be old news.

“There are troops still serving over there,” said Watter, who spent two tours in Kuwait and also has a son currently enrolled at East High School. “I always think about our troops that are over there defending this country. It is always something that is current in my opinion. There are still police officers as well as myself trying to stay vigilant in protecting the civilians and be a social service to the community. It hits home for me being a first responder and a combat veteran.”

West senior Rachael Granec thinks that it is not only the duty of teachers and administrators to reflect on this event, but also the responsibility of students.

“We say the pledge every morning so instead of saying that it could have been very easy to simply read off a few words mourning the loss of so many people and then sing the national anthem,” Granec said. “As students, as busy teenagers, that is a time to show gratitude to our armed forces and remember so many people lost.”

West social studies teacher Aaron Paulin has a different view. He poses a question: Is there a time when it is suitable to not discuss 9/11 when the day comes around? He is aware of many other historical events that are not commemorated each year and feels that the sense of urgency to recognize 9/11 should be applied to other important historical events.

“At what point do we move on and not recognize it?,” Paulin asked. “I would say that we need to recognize a lot of the things that we have in our history. From Pearl Harbor, to 9/11, to any other major or significant issue, [it is] something that is not on the calendar or recognized. What about when women were granted suffrage? What about the Civil Rights Act? The Voting Rights Act? Let’s recognize those days.”

There is one thing about which everyone can agree. The events of 9/11 stunned the nation with how much impact one’s actions can make on other’s lives. Because of this, VanAdestine thinks that the event forces us to rethink our interactions with people in schools, and the world, in general.

“Those who have gone through it, speak to those who haven’t about the impact and daily change that they made because of it,” VanAdestine said. “If they’re going to seek to understand someone first before judging them, is it to be kind? What is the root cause of why people do things, and can you be a part of that daily change?”

Like many teachers, VanAdestine also recognizes the importance of education to prevent similar events from occurring again in the future.

“In other historical events, if you forget about it, it could repeat itself again,” VanAdestine said. “Or if you forget the main lessons or objective of it. We have to keep educating future generations of this.”

On September 11, 2001, an Islamic terrorist group hijacked four passenger airplanes. They flew two of them into the World Trade Center and one into the Pentagon building, while the fourth crashed into a Pennsylvanian field. American citizens were devastated after 2,996 people were killed and more than 6,000 injured during this day. The slogan associated with 9/11 has always been to “Never Forget.”

“Those of us that were there, it changed America forever,” DeLain said.  “There’s a 9/11 on every calendar every year, and I think it should be paused on.”

(Top image: Two beams of light represent the former of the World Trade Center during the 2004 memorial of the September 11, 2001 attacks. Photo by Derek Jensen, courtesy of Wikimedia Commons.)